Eyes on the world

When the photographer Giles Duley was 18 years old, he was given two presents by his godfather: a camera and a copy of Unreasonable Behaviour, Don McCullin’s autobiography about his life as a photojournalist in Vietnam, Northern Ireland, Biafra, Lebanon and London’s East End. The book was illustrated with McCullin’s acclaimed black-and-white photographs, images of war and human suffering that helped define the conflicts they described. It was a book that bowled Duley over. Today, the two men sit opposite each other in McCullin’s quiet cottage on the Somerset levels – as far removed from the horrors of war as can be imagined. The excuse for their meeting and for our conversation is a major retrospective of McCullin’s work at Tate Britain, opening next week. Not that any excuse is required because, as they reveal, they are friends already.

At 83, McCullin’s hale appearance and eloquence, after 60 years of taking pictures in war zones and elsewhere, cannot help but seem a death-defying fluke. He brushes aside any mention of the injuries he sustained falling off a roof in Cambodia (he broke several ribs and shattered his arm) and does not dwell on his hellish struggles in the city of Hue in Vietnam, which left him (as he reported in Jacqui and David Morris’s 2013 documentary McCullin) like a “tormented animal”. His restraint may partly be that he is a stoic but it is also, presumably, because of Duley’s presence. For Duley, as McCullin puts it, has “paid the price”.

On 7 February, 2011, while involved in a photographic project studying the impact of war on soldiers in Afghanistan, Duley was “embedded” with the 1st Squadron of the 75th Cavalry Regiment of the US army and blown up by a landmine. He became a triple amputee. Most soldiers with similar injuries do not survive. But one of the many astonishing things about Duley (who is at pains to point out that his subject is not war itself but its aftermath) was that his first thought when he realised he had retained his right arm was: “I can still work as a photographer.”

I first interviewed him in Charing Cross Hospital in October 2011. Not long afterwards and still in recovery, he visited McCullin and his wife, the travel journalist Catherine Fairweather, in Somerset. He was in a wheelchair then but today, now 47, walks on prosthetic legs and is working hard, his spirit modest, engaging and awe-inspiring. Duley’s Legacy of War photographic project, launched in 2013, explores the long-term effects of global conflict and, in 2015, he was commissioned by UNHCR to document the refugee crisis, visiting 14 countries in the Middle East and Europe and publishing, in 2017, I Can Only Tell You What My Eyes See. He has inspired Angelina Jolie and PJ Harvey and countless others. He has raised money to help some of the people he has photographed and has a gorgeous Instagram feed, The One Armed Chef, with pictures of the food he painstakingly prepares. He often cooks with refugees before photographing them. It is a convivial thing, he says. 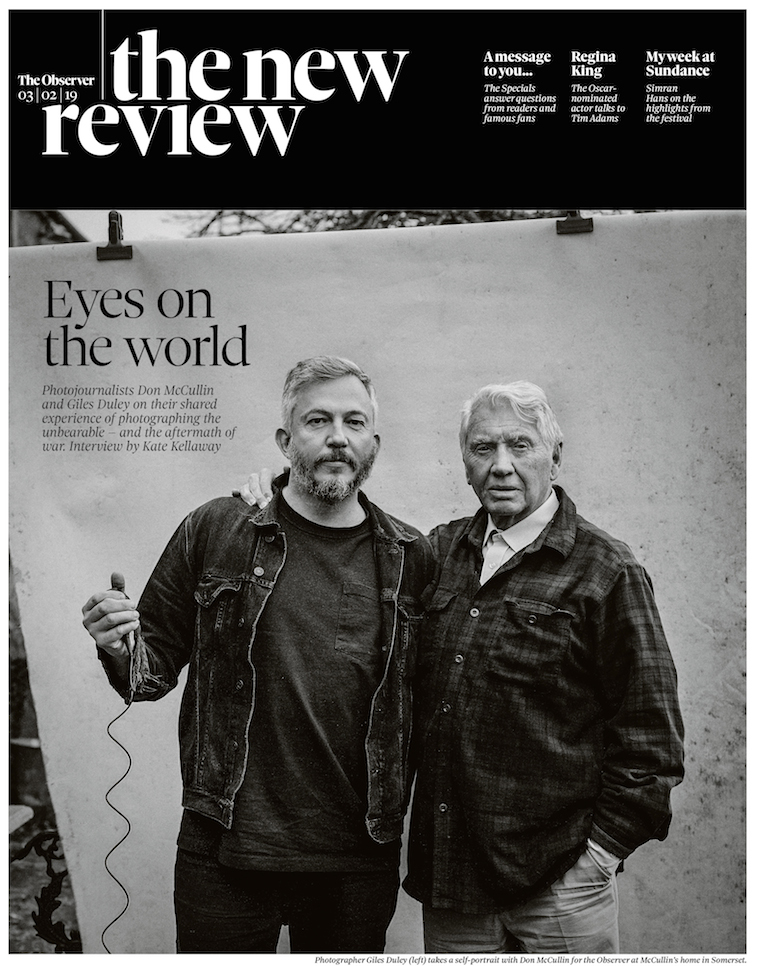